I’ve always been fascinated with the idea of a real college football playoff. The four-team system in place now is a step in the right direction, but I’d like to see it expanded to a month-long, 16-team playoff.

The bracket below shows my vision for a 16-team playoff for this season, built out as follows: 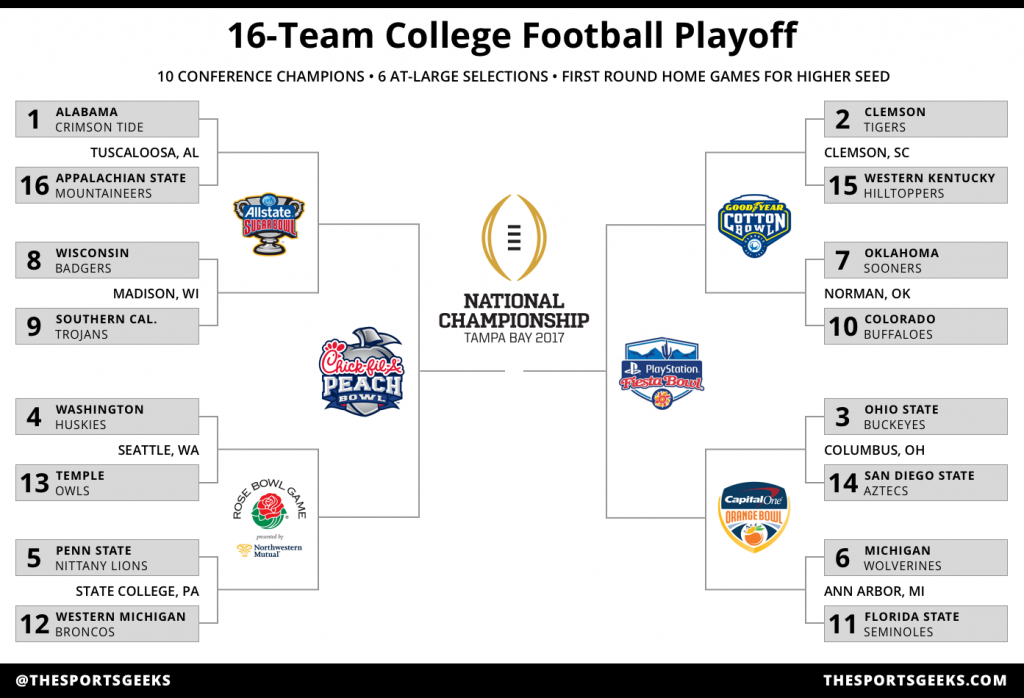